Knight Optical – an international, leading supplier of high-precision, metrology-tested optical components – works with a diverse range of global laser manufacturers. Here, the optics specialist runs through several varieties of optical lasers, highlighting the applications you’ll be able to find them in and the optical components that are used in their operations.

With four main types of lasers – solid-state, gas, liquid, and semiconductor – there are numerous models on the market, all delivering a host of benefits that are sought by many high-performing applications. Here, we explore just a small handful of these laser varieties and point out where our optical components are normally employed. 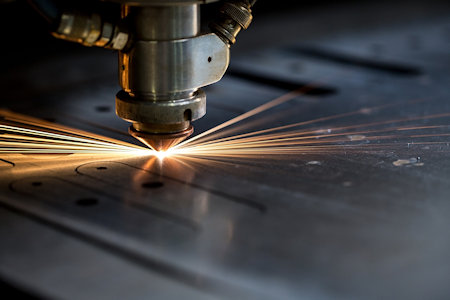 What Are Fibre Lasers?

Using optical fibres, which have been doped with rare-earth elements – such as erbium, ytterbium, and thulium – as their active gain medium, fibre lasers fall under the solid-state category and boast high efficiency and precision control.

What Are Fibre Lasers Used For?

You can find Fibre Lasers in all corners of the globe in industries such as medical, industrial, and aerospace fields. For example, Fibre Lasers are popular in the medical sector for endoscopy applications to inspect body cavities or organs.

Additionally, in the Aerospace sector, they’re helping the manufacturing line by conducting tasks like swiftly drilling components. Meanwhile, in the industrial sector, you can find them undertaking everything from welding and cutting to drilling and cleaning.

What Optical Components Are Used in Fibre Lasers?

As well as the prominent optical fibres (typically manufactured from Silica glass) that feature in fibre lasers, a wide selection of additional optical components are used in their setups, too. These include optics such as Protective Windows (again often of a Silica substrate, such as Fused Silica), Mirrors – such as Knight Optical’s brand-new range of Low-GDD Ultrafast Laser Mirrors – and Fused Silica Lenses. 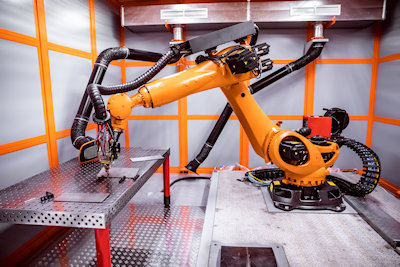 What Are Diode Lasers?

What Are Diode Lasers Used For?

While diode lasers are ubiquitous, perhaps their best-known service is diode laser hair removal, a relatively new breakthrough in the world of laser-based non-surgical aesthetic therapies.

Compared to alternative methods, such as intense pulsed light (IPL) treatments, diode lasers have been noted to be a more comfortable procedure, thanks to standard integrated cooling technologies.

Furthermore, low-power laser diode components can be found everywhere, from barcode scanners to consumer electronics, while high-powered versions are popular in industrial processes, such as welding, for example.

What Optical Components Are Used in Diode Lasers?

As mentioned, alongside laser diode components, additional optics can be integrated into a diode laser setup to meet certain application demands – for example, supplementary, external components such as optical resonator arrangements can be included. Another popular addition is introducing beam collimators or a beam shaper to the mix to couple light into an optical fibre. 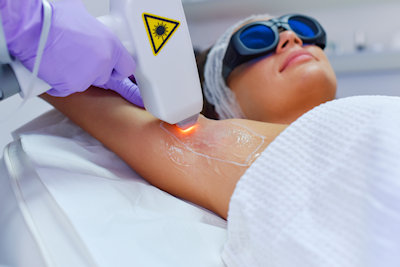 What Are Diode-Pumped Solid-State Lasers (DPSSLs)?

Diode-Pumped Solid-State Lasers – or DPSSLs, to give their acronym – are somewhat straightforward to figure out. As the name suggests, they fall under the solid-state bracket and are pumped with laser diodes. Depending on the end application’s required power, there are various types of laser diodes that are used in DPSSLs. These include edge-emitting, broad-area, and stack varieties.

What Are Diode-Pumped Solid-State Lasers (DPSSLs) Used For?

Found in a variety of both laboratory-based applications and OEM devices, such as imaging, spectroscopy, and light detection and ranging (LiDAR) systems, DPSSLs are typically available in various models – including Q-switched and CW – and in infrared (IR), visible, and ultraviolet (UV) wavelengths. 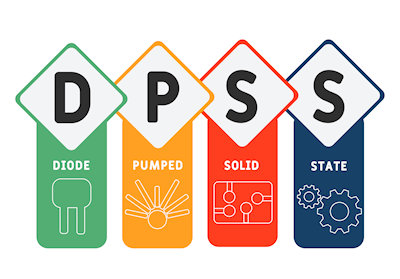 What Optical Components Are Used in Diode-Pumped Solid-State Lasers (DPSSLs)?

What Are Carbon-Dioxide (CO2) Lasers?

Typically working at 10.6μm, carbon-dioxide lasers – or as they’re commonly referred to, CO2 lasers – belong to the molecular gas variety. Using a gas mixture that generally comprises the obvious CO2, helium (He) and nitrogen (N2), they have a wide range of diverse uses.

What Are Carbon-Dioxide (CO2) Lasers Used For?

Much like diode lasers, CO2 varieties are popular in the aesthetics industry for treating skin conditions and accurately removing blemishes, such as warts, scars, birthmarks, acne, and wrinkles.

What’s more, due to the benefits associated with less bleeding and quicker surgery times, these lasers are also employed for surgical applications, with popular user fields including gynaecology, dentistry, and otolaryngology. Much like its peers, CO2 Lasers can also be found outside medical and aesthetics in more industrial-type settings, such as in laser-cutting applications.

What Optical Components Are Used in Carbon-Dioxide (CO2) Lasers?

Dependent on the end application and field it’s intended for, you can find several optical components in CO2 Lasers. These include CO2 Laser Mirrors, Lenses – particularly those manufactured in Zinc Selenide (ZnSe) substrates – and Windows. Alongside the mentioned ZnSe, other popular materials include Zinc Sulphide (ZnS), Silicon (Si), and Germanium (Ge). 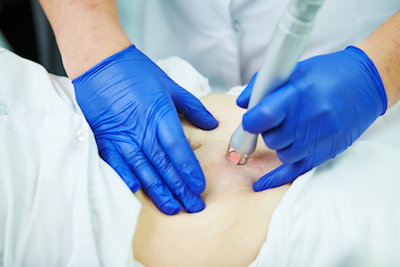 With over three decades’ experience under our belt and a host of long-standing world-renowned customers on our books, we are proud to have worked on some of the most ground-breaking innovations.

If you are looking for premium-quality, bespoke optical components, including optical lasers, please do not hesitate to get in touch with a member of the Technical Sales Team here.