Home | News | Drone Development on Autopilot: How Are Optical Components Used in Drones?

Drone Development on Autopilot: How Are Optical Components Used in Drones?

Last month, NASA made a huge announcement – the success of its Ingenuity helicopter taking flight on Mars, making the UAV the first-ever aircraft to “make a powered, controlled flight on another planet1“. To celebrate NASA’s victory, Knight Optical – the leading supplier of premium-quality, custom-made optical components – explores the use of similar UAV applications 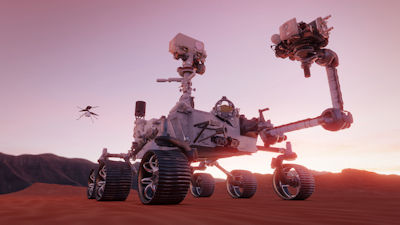 Mars Rover Perseverance and Ingenuity drone exploring the red planet. Some elements of this image furnished by NASA.

UAVs – or drones, as they’re more commonly referred to – have come on leaps and bounds in recent years. What’s more, with COVID-19-related restrictions, there’s been a tenfold increase in the use of the uncrewed aircraft. As we have distanced ourselves from others and only made journeys deemed ‘essential’, UAVs have stepped up to the plate. Whether they’re delivering COVID vaccines to remote areas of Africa – such as drone delivery service Zipline2 – dropping off COVID test kits and critical PPE to a hospital in Scotland3, or involved in combatting future litter surge schemes post-lockdown (such as Bournemouth, Christchurch and Poole (BCP) Council’s intentions4), we’re finding new uses for drones every single day. 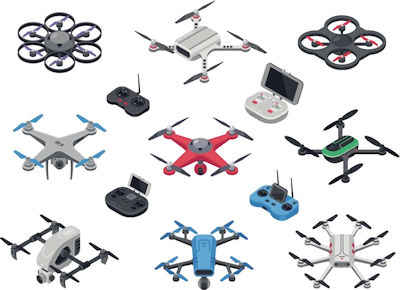 The History of Drones

Rooted to the military, drone manufacturing began in earnest during the 1930s (although the concept loosely dates way back to 1849 in Austria in the form of “incendiary unmanned balloons5“). Dubbed the ‘Fathers of today’s UAV history6‘, Engineer Walter Righter and British Actor Reginald Denny are the true aviation pioneers responsible for the conception of the UAV. The resulting business, named The Radioplane Company, manufactured over 9400 UAV Radioplane OQ-3 models during World War II – the most widely used target drone in the US service7. Interestingly, Norma Jeane Dougherty, or as she’s better-known Marilyn Monroe, was found working at the Radioplane Company in June 1945 by an Army photographer who convinced her to become a model8.

How are Drones Used in the Military?

While technology has certainly advanced since the ’30s, UAVs are still widely used within the military for many uses and have revolutionised operations.

But how exactly does the military today use drones? Here are a few examples:

New drone practices are taking place continuously within the military field, with one of the most recent being a test to help prevent small drone attacks9 in the air. However, as retired Navy Captain John Edward Jackson mentioned in his interview for The Verge back in 2018, when talking about UAVs, “people do tend to think of airborne vehicles”, but … “there are unmanned systems in the air, on the surface of the sea and under the sea10“. 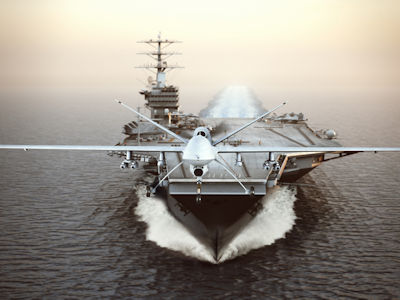 How are Drones Used in Space?

Going back to the primary source of inspiration for this blog, NASA’s Ingenuity was deployed and designed to confirm whether it was possible to fly in the thin atmosphere on Mars. Following the recent success on the Red Planet, NASA is setting its sights on another UAV-based mission over on Saturn’s moon, Titan, in 2027. ‘Dragonfly’ is considerably larger than four-pound Ingenuity and has been deployed “to advance our search for the building blocks of life11” amidst the dense atmosphere and low gravity of Titan. 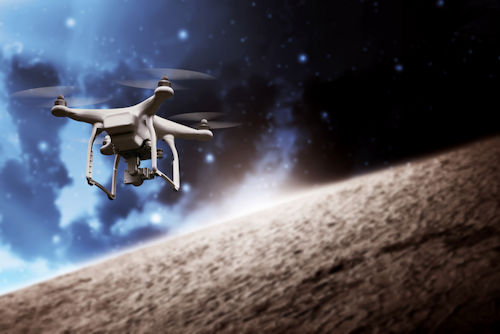 How are Drones Used in the Emergency Services?

It’s not only space that benefits from drones. Back on Earth, the Police, Ambulance and Fire Brigade have all adopted drone technology to assist with life-saving duties.

For example, within the Police service, according to the UK’s Sussex Police Department, drones are helping the force to: 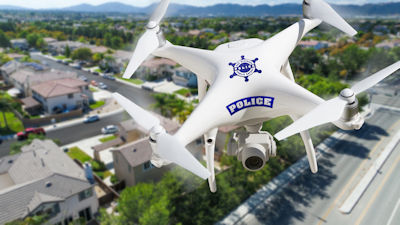 Meanwhile, the fire brigade has switched on to the advantages to be sought when having a drone as part of its team. In the UK, the West Midlands Fire Service were the first department to use them. Today, according to the DroneSafe Register: “Two-thirds of the UK’s fire services are using drones to assist them in emergency situations13“. The site also states that: “The nation’s specialist ambulance crews, or Hazard Area Response Teams (HART), are also soon expected to be equipped with drones13“. 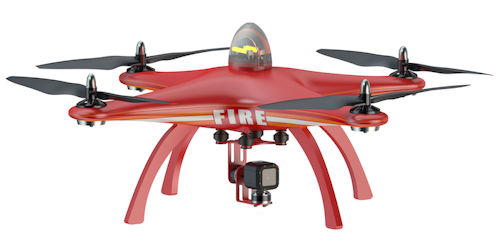 The Importance of Choosing Premium-Quality, Metrology-Tested Optical Components for Drones

The components that make up these drones and, essentially, enable high-performance operations are far from your run-of-the-mill elements found in drones for recreational use. With such discerning engineers and, in some cases, life-saving duties, ensuring the optical components perform as desired is vital. That’s why we offer a range of custom-made optics for use with the ultraviolet (UV), visible and infrared (IR) spectrum. What’s more, our optics are fully tested by a team of qualified technicians in our in-house Metrology Laboratory and quality assured by our hawk-eyed QA department before dispatch, so you can rest assured that your drone application will function as required.

Our optical components for drone utilisation include:

Plus, many more. Click here to view our full range of stock and custom-made optical components. 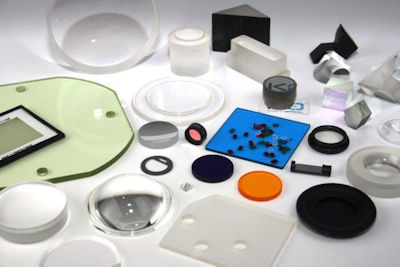 Here at Knight Optical, we supply a range of optical components for drone applications. Discerning drone engineers and manufacturers rely on Knight Optical not only for the premium quality of our output and in-house state-of-the-art Metrology Laboratory and QA Department‘s capabilities but because – as well as a range of Stock Optics (available for next-day dispatch) – we also offer a range of sought-after Custom-Made Optical Components.

This year, we look forward to celebrating 30 years in business. With three decades’ experience under our belt and a whole host of long-standing world-renowned customers on our books, we are proud to have worked on some of the most ground-breaking innovations.