In the finale of its three-part military and defence explorative blog that uncovers some of the high-spec technologies and optics used within these discerning sectors, Knight Optical explores the weapons used by today’s forces. Here, the leading supplier of on-spec optical components for military and defence applications dives deep into the utilisation and ever-evolving development of laser technologies amongst armed forces. 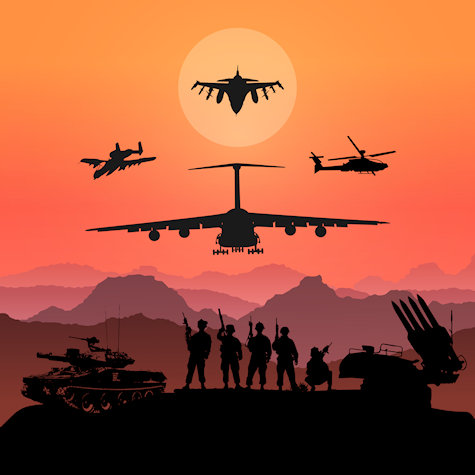 Prominent firearms come to mind when thinking about military weaponry – pistols, shotguns and sniper and battle rifles, for example. However, many other defence-focused technologies also play an essential role in armies’ arsenals. One key example is counter-drone technology, which also takes on other names such as Anti-Drone, Counter-UAS (C-UAS) or drone mitigation systems. While these systems may go by different terms, they all share the same goal – to detect and intercept drone activity.

In part two of our military series, we discussed using in-flight drones for military purposes; however, when the enemy dispatches these high-tech UAVs to gather intelligence from an army base, forces will want to let them in on as little as possible. These counter-drone devices thwart data being transferred back to the sender by neutralising drones. Typically, this is conducted by creating a signal that mutes the antenna, making them cease video recording and land, or return, to their operator, the latter of which often helps soldiers track the enemy’s location. 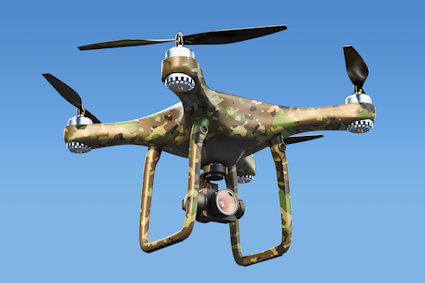 The Adoption of High-Powered Lasers for Naval Weapons

Also known to shoot down other UAVs are directed-energy weapons (DEWs), such as high-powered laser systems, and navies are starting to put them to the test. The benefits that these systems deliver have been widely explored by the maritime service, and the boundaries are still being pushed further. For example, the US Navy experimented with a Laser Weapon System (LaWS) mounted on the now-decommissioned USS Ponce back in 2014. With this weapon, the service was successfully able to detonate explosives from afar, burn out the engines of approaching boats and shoot down small UAVs1, demonstrating the significant effects gained from laser weapons in the early years of the last decade.

More recently, the US Navy was reported to be experimenting with lasers to bring down drones on board the USS Portland (the 11th San Antonio-class amphibious transport dock in the US Navy) in the waters around the Middle East in December 2021. This test formed a part of an investigation that also included another laser-based trial in the Pacific in 2020. These examples are investigative demonstrations that aim to realise the full potential of how the US Navy can protect its large vessels from smaller threats2. 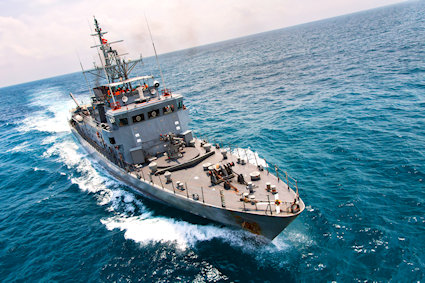 Moving into this year, National Defense Magazine reported that The United States Special Operations Command (SOCOM) is continuing experiments with methods to fire a high-energy laser weapon from one of its Ghostrider gunships3. The article explained that after much time probing into the idea of using laser-based weapons, some of the US Navy’s plans are finally making headway. These include the high-energy laser and Optical Dazzler, the latter of which counters threats, such as intelligence, surveillance, and reconnaissance, from unmanned aerial systems. The design of the Optical Dazzler Interdictor (or ODIN, to give its acronym) was awarded to VTG, a Virginia-based defence technology company, who, in 2020, integrated the laser system on board the USS Stockdale (DDG 106) and USS Spruance (DDG 111). Following the successful installation, VTG won the contract to install the ODIN system aboard five US Navy Arleigh Burke-class destroyers4.

These examples are just a handful of the laser innovations that are being explored in the naval industry in a bid to modernise equipment, vessels, and technologies. As PopSci+ described back in 2021, in the long run, these laser DEWs are “shot for shot or threat for threat, a cheaper mechanism than anti-air missiles or potentially even .50 calibre bullets for destroying incoming attacks2”.

The Adoption of High-Powered Lasers for Army Weapons

It’s not just the Navy; however, that’s feeling the benefits of high-powered lasers. Last month, Optics.org reported that Raytheon Intelligence & Space and Kord have been working on a design aimed at countering threats from large drones5. Integrated on board a Stryker combat vehicle, the 50kW high-energy laser acquired, tracked, targeted, and defeated multiple mortars and accomplished real-world-scenario tasks. 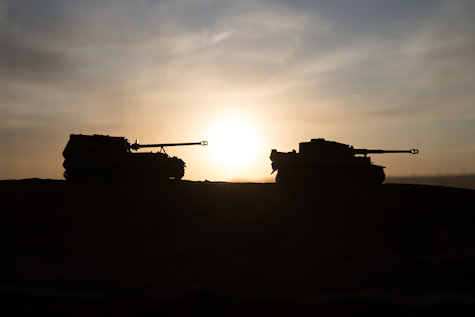 Another dynamic duo collaborated in October 2021 to develop a pioneering laser-based design for military utilisation. A team of military and aerospace systems developers from General Atomics Electromagnetic Systems (GA-EMS) and Boeing came together late last year to work together on a 300kW-class solid state Distributed Gain High Energy Laser Weapon System. As Scott Forney, President of GA-EMS, explained to Optics.org: “This technology represents a leap-ahead capability for air and missile defence that is necessary to support the Army’s modernization efforts and defeat next-generation threats in a multi-domain battlespace6.”

As Scott Forney mentions above, the army is amid “modernisation efforts” and adopting leading technologies to improve the performance of its equipment and, ultimately, the safety of its force. The army isn’t alone here. As highlighted above, the navy is also testing processes with laser systems as part of its fleet. With the ever-evolving nature of the army, navy and, of course, air force innovation, Knight Optical looks forward to welcoming the next phase of tests, eventual equipment overhauls of equipment and learning more about optics’ next role in the defence and military fields. 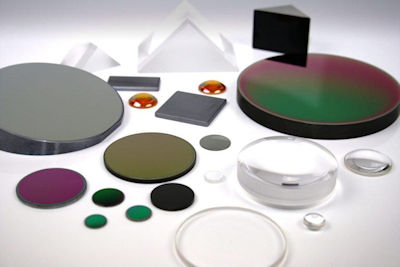