Optical Components at The Movies! 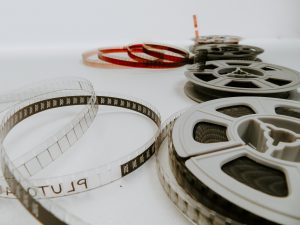 Here at Knight Optical, some of our premium-quality optical components have played a key role in shooting some of the world’s most legendary blockbuster movies, not to mention addictive TV programmes, aired worldwide. From Neutral-Density (ND) and Dichroic Filters to Polarisers, Optical Domes, and Lenses – such as Fresnel and Wide-Angle varieties, for example – there’s a wide variety of high-precision optical components that help production teams to capture all the action with outstanding results.

As well as being utilised to create these effects, optics-related props have been known to star in movies too – either as standalone accessories in a scene or integrated within the technologies they’re commonly employed for in the real world. What’s more, optics- and physics-related books have even been spotted as paraphernalia for set designs by many avid movie lovers.

Much like these eagle-eyed cinephiles, here at Knight Optical, we’ve spotted many independent optics and familiar technologies that we work with every day on the big screen. However, it’s not just the televised appearances that evoke excitement for us. Behind the scenes of most movies, there’s typically a very special team of visual effects (VFX) and optics professionals who impeccably blur the lines between our digital and real worlds to create some of the globe’s most spectacular films.

In this playful blog, we skip through some of our favourite films to optics-related scenes that we’ve detected over the years and run through some that have achieved special-effect perfection with optics-based technologies. So, grab the popcorn, kick back and see if any of your preferred flicks are on our list. 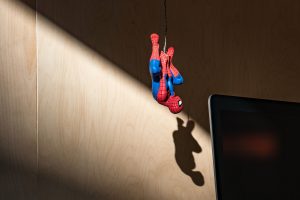 Our Spidey Senses tingle when watching Spider Man 2. Now, many avid physicists are aware of the very scene we’re suggesting, however, for those who don’t know, we’re referring to the moment Peter Parker turns his back on super heroism and decides to put his all into his studies. The scene takes place about an hour into the film, when Peter is writing notes in his textbook – a thick Photonics book features on the right-hand-side of the screen!

As a graduate in Biophysics, we knew Peter was a science buff, but his extra reading on photonics, makes him the coolest superhero of them all! 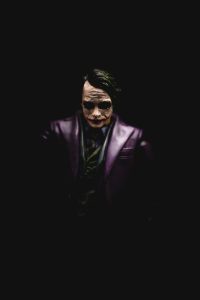 Behind the Scenes: The Joker & John Wick 3

One technology that we’re heavily involved in plays an unsuspecting role in the production of some blockbuster movies. We’ve explored the use of LiDAR (light detection and ranging) in the capacity of automobiles and military use, but its employment in the entertainment industry is something that’s rarely discussed. Creating visual effects that are as true to life as can be, LiDAR is being used to map out locations so that they can be seamlessly matched up in the production process for the addition of elements such as digital set extensions. 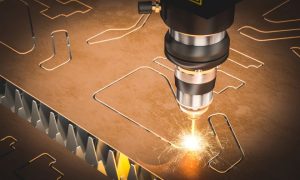 In the real world, we use them for engraving, skin treatments and surgery, free-space optical communication, printers, and scanners and so much more; but in movies, they’re predominant use is for torture and to cut through enemies (in the case of Star Wars). For James Bond in Goldfinger, an industrial laser cutter was used to interrogate the MI6 agent by antagonist Auric Goldfinger in a well-known scene that is loved by 007 fans all over the world.

According to entertainment site SlashFilm, the industrial laser scene was the first to be filmed for the 1964. At the time, lasers were quite revolutionary. In fact, Ian Fleming’s 1959 novel initially intended the interrogation scene to feature a circular saw, however, Screenwriter Richard Maibaum swapped this torture weapon in favour of the, at the time, new, cutting-edge laser technology.

The on-set addition of an industrial laser of course came with its concerns, as Effects Technician, Albert Luxford, has explained in his book, ‘Gimmick Man: Memoir of a Special Effects Maestro’: “[The laser] was an extremely dangerous thing insofar as it having 400 to 500 volts going through the coil … If you touched it, you’d have been dead3.”

As a global supplier of high-precision optical components for professional industrial lasers, seeing this tech on the big screen is always an exciting moment for Knight Optical! 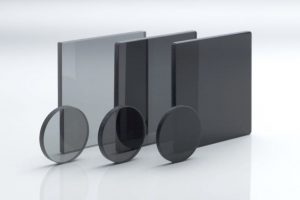 Behind the Scenes: The Ridley Scott Aesthetic

Some film directors have highly distinguishable on-screen aesthetics, meaning you can spot their work even before a movie really gets going. For instance, directors with an instantly recognisable signature style include the infamous Quentin Tarantino, Alfred Hitchcock and Ridley Scott, the latter of which has been recognised for his use of ‘Graduated Neutral-Density (ND) Filters’. Scott’s been said to use these filters to capture the beautiful aesthetic of the sky while preventing the same visual impact on the bottom half of the shot. By using this special gradient component, Scott portrays picture-perfect backgrounds while simultaneously capturing the main subject of the shot correctly2.

For the 2000 science-fiction hit Hollow Man, a team of investigators researching visibility for the US military make a game-changing scientific breakthrough when a serum is created that renders animals invisible. When the main protagonist villain and Scientist, Sebastian Caine, injects himself with this serum and power takes control, his fellow research team turn to trusty thermal imaging to try and hunt him down.

As a trusted provider of on-spec, stock and custom-made optics for thermal imaging, LiDAR, and lasers, as well as having a notable presence in the photonics industry, we’re excited to see what the next year of cinema holds for new filming technologies. Plus, we’ll be watching eagerly watching for any optics-related props that may be on our screens in 2023!

Discerning customers rely on Knight Optical not only for the premium quality of our output and in-house state-of-the-art Metrology Laboratory and QA Department’s capabilities but because – as well as a range of Stock Optics – we also offer our optics as Custom-Made Components.

With over three decades’ experience under our belt and a host of long-standing world-renowned customers on our books, we are proud to have worked on some of the most ground-breaking innovations.