Home | News | What Technologies are Used in Modern-Day Alcohol Production?

What Technologies are Used in Modern-Day Alcohol Production?

While we’re all recuperating from overindulging throughout the festive break, alcohol production across sites worldwide is a hive of activity as brewers, distillers, winemakers, and the like begin to turn their attention to this year’s harvests and manufacturing processes. In this blog, Knight Optical explores the modern-day alcohol making landscape and the latest technological advancements from the sector 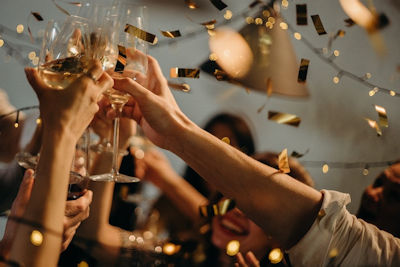 Let’s start off with some bottles that many of us stocked up on over the Christmas season – sparkling wine, champagne, and prosecco. Ask the French and the Italians, and they’ll tell you that there’s a centuries-old art in creating champagne and prosecco, respectively. While this is, of course, true, and fermentation secrets and techniques have been passed down from generation to generation, many champagne and prosecco houses have engaged modern-day technologies to sit alongside traditions in a complementary effort as growth and demand further increases. And the industry itself is certainly set to inflate even more in the coming years.

In the UK, particularly, the implementation of alcohol production technology is forecast to climb as more beverage businesses are switching onto the recently acknowledged viticulture characteristics of the country. For example, in 2017, world-renowned French champagne producer Taittinger planted its first vines in Kent and, in 2020, revealed plans to build a subsequent winery. What’s more, after establishing what was anointed ‘England’s largest vineyard’ back in 2019, Kentish drinks brand Chapel Down is also rumoured for further expansion with a brand-new winery. So, with all this vine migration, progress, and maturity, how does technology fit in? Let’s investigate. 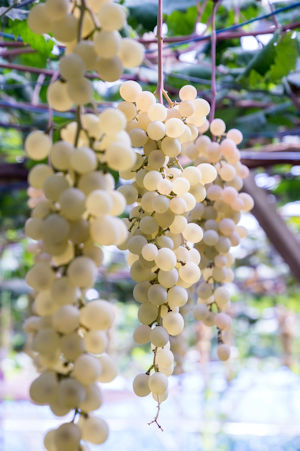 The Wine of Tomorrow

Climate change isn’t only disturbing farmers of fruit and veg. Winemakers are also suffering from the consequences of the scorching summers, mild winters, droughts, flash floods, unexpected spring frosts and other unpredictable weather events that we have been subjected to of late. And it’s not only the crops that have to survive the elements. Tough weather conditions also pose a challenge for manual labour – whether it’s planting, maintenance, harvesting or the like. As such, innovators are examining the potential of sending automation onto vineyards to assist with common issues and augment existing practices. For instance, in 2019, Wine Enthusiast Magazine explained how robots had been taken on to track arrangement patterns for vines at a site in Bordeaux, France1. The article then went on to highlight another computerised model, this time in the French commune, Cognac. Here, one of a swarm of robots was

depicted. Named ‘Ted’, this particular machine, developed by Naïo Technologies, increases operational precision at the vineyard whilst reforming the processes of one of the biggest cognac master blenders in the world.

Of course, where there are robots, drones will habitually follow close by, and in the wine-making empire, they’re being used to great effect. In the summer of last year, Wine Business published an article about how drones were being applied on a probationary basis to spray vineyards. The drones themselves (manufactured by companies such as DJI) are equipped with spraying technology from Automodality, which determined a better coverage than typical manual processes2. 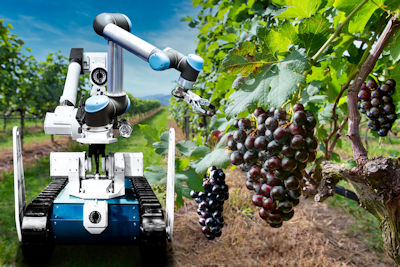 Brewing for the Future

Meanwhile, over the pond in the American brewing industry, the adoption of more revolutionary systems is budding. To illustrate; one tech-savvy brand, Sugar Creek Brewing, has partnered with IBM and Bosch to incorporate AI and the Internet of Things (IoT) into its production3. By applying sensor-based tools to its operations, the brewer has succeeded in reducing waste and increasing efficiencies, precision, and so much more.

Another beer-maker in the USA, Summit Brewing, has also switched onto the paybacks of modernising its assembly line. Talking to The Growler Magazine in 2018, Summit Brewing’s Founder and CEO, Mark Stutrud, explained how the company had employed automation at every step of the fabrication process4 – right from early manufacture, such as the crushing of grains, through to the packaging phase, which is supplied by Graco5. 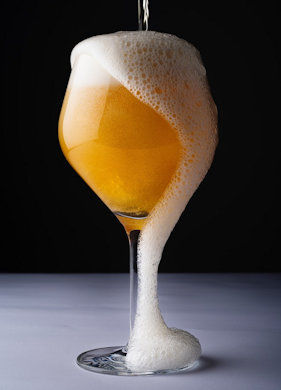 The Spirit of Success

With its amplified favour in recent times, gin is another alcoholic beverage whose creation procedure is basking in modernisation. Not only are high-tech skills being brought into distilleries and factories across the world – particularly in the UK, where its popularity has soared over the past few years – but they’ve also become a part of its marketing. In an innovative move, Circumstance Distillery in Bristol, UK, launched a gin using AI, which remarkably fashioned “two lists of botanical ingredients, the name of the gin and the product labels6“. Fittingly entitled ‘Ginette’, the system “went through a process of creating a huge catalogue of brand names, designs and botanical recipes before deciding on the name ‘Monker’s Garkel’,” as The Drinks Business explained in a 2019 article6.

With so many resourceful industrial applications – many of which utilise the use of valuable optical components – and in-vogue alcoholic drinks gaining further traction, it’s clear to see the drinks production sector is heading towards a technological revolution. Here at Knight Optical, we look forward to playing a part in the future ripeness of alcohol production. 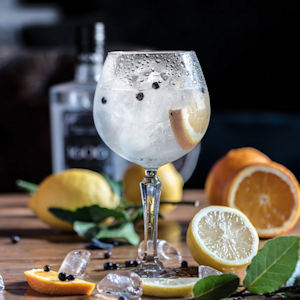