Home | News | Flight of the Optical Components: How Optics Are Used in State-of-the-Art Airborne Applications

Flight of the Optical Components: How Optics Are Used in State-of-the-Art Airborne Applications

While General Aviation (GA) is temporarily grounded as the world endeavours to vaccinate the planet’s population against COVID-19, other essential aircraft categories are still in flight, such as those belonging to armies and navies and those utilised for air rescue, cargo and more. As a world-leading supplier of optical components for the cutting-edge integrated technologies within these aircraft divisions, Knight Optical explores some uses of optics in aviation.

Dawn of the Drones

It’s not just planes and rotorcraft that are still in operation amidst coronavirus-related restrictions across the world. Other forms of airborne technologies are also coming to our aid. For example, in Leicester in the UK, pilots are being trained to fly drones to deliver much-needed supplies to the National Health Service (NHS)1.

Drones’ abilities to help us when we’re in dire need are further recognised as we look towards the future. Just over 26 miles away from Leicester, plans for a drone and “flying car” airport have been announced for November this year. Based in Coventry, the Government-backed airport, named ‘Air One’, is “designed to demonstrate how ‘flying cars’ and drones will need to integrate with existing infrastructure to be used in urban environments2“.

There is an element of concern with the fast-paced headway of drone development, as USA-based General John Murray, Head of Army Futures Command, has recently displayed. In an article by Forbes on drone swarms becoming too fast for humans to fight, the business magazine reported that Murray expressed that “the rules governing human control over artificial intelligence might need to be relaxed2“. Meanwhile, back in the UK, the month of January saw the largest swarm of unmanned aerial vehicles (UAVs) in the UK gather for a military evaluation, which included 20 drones3. 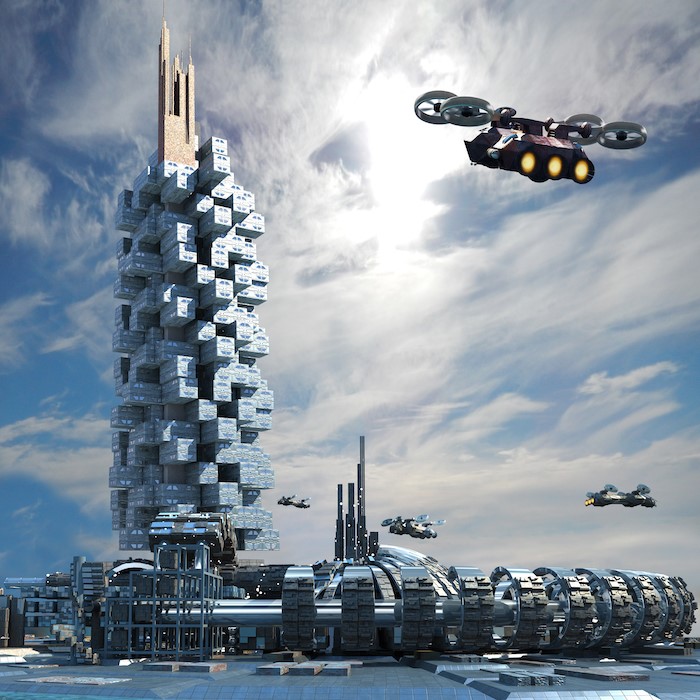 How Optical Components are Used in Drones

Today’s drones are used for several purposes. For instance, logistics – as we’ve previously mentioned. However, there are other uses that drones are utilised for – such as photography, navigation and surveillance. These particular applications all have one thing in common – visualisation. However, this isn’t the only benefit offered by drones – communication is also a profitable feature of drone flight. This year, a prototype project has explored a new drone-based quantum communication system that generates entangled photon pairs and distributes them to a ground station4.

Whether a drone is employed for visualisation or communication purposes, you’re likely to find a whole host of optical components integrated into its design. From Windows and Domes for robust protection against the harsh elements to Infrared (IR) Optical Components for thermal imaging-equipped drones, here at Knight Optical, we supply Custom-Made Optical Components and Stock an extensive variety of optics for any drone-based application.

Our wide-ranging portfolio of optical components suitable for drone applications comprises some of the following:

Click here to view our full range of optics. 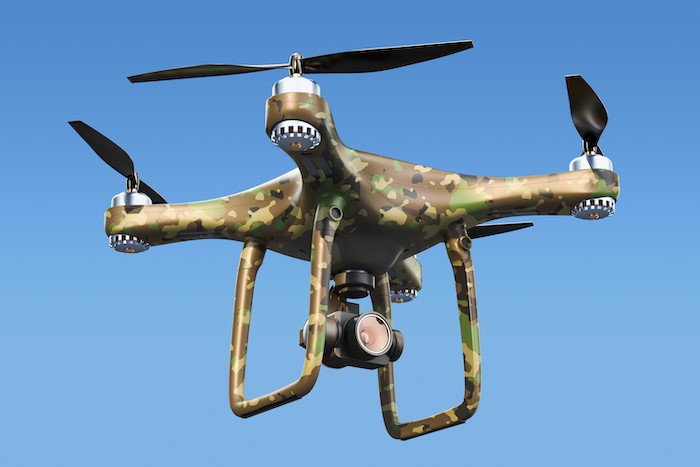 The Reinvention of the Rotorcraft

While drones have come on leaps and bounds in recent years, there appears to be a slight scarcity surrounding rotorcraft advances – helicopters, in particular. FlightGlobal has recently reported that Airbus Helicopters Chief Executive, Bruno Even, has called for “next-generation” military rotorcraft. He told reporters that, due to the “time it would take to mature new technologies”, now is the “right time”5.

In November 2020, five nations – comprising France, Germany, Greece, Italy and the UK – came together to launch a multinational project named, the Next-Generation Rotorcraft Capabilities (NGRC). The NGRC seeks to modernise current fleets due to many helicopters reaching the “end of their lifecycle between 2035 and 20406”. Last month, Boeing’s Advanced Vertical Lift Chief Engineer, Dan Newman, spoke to Aviation Today about the NGRC, saying: “What I think is unique about NIAG (NATO Industry Advisory Group) is that this is an opportunity for the industry to get in the same room and collaborate on the future.” He continued to discuss details of modular designs, stating that a new structure wouldn’t just be “a modular aircraft, but a modular design and development of a modular acquisition process…This modularity allows you to change the avionics and the mission equipment every five years, and not have to wait until a 20-year lifecycle upgrade7.”

As illustrated in recent papers such as ‘Requirements and technologies for Next Generation Rotorcraft (NGR)’, “important attention should be paid to future aviation architectures” and “artificial intelligence and augmented reality technologies are considered critical for survivability and combat capability of helicopters8 (translation)”. It is here that the team at Knight Optical are well-placed to assist with developments of this next generation of rotorcraft. As well as an existing client base that comprises world-leading aviation names within the field of helicopters, we also work with innovators in the realms of artificial intelligence (AI) and augmented reality (AR).

We welcome these aviation-related innovations that are on the horizon, and we are proud to have been a part of former technological advancements within the realms of military, defence and logistics aircraft. As such, we are poised and well-equipped with the experience and manufacturing capabilities to supply these sectors with first-class optical-related knowledge and custom-made optical components to MIL-SPEC standards.

Here at Knight Optical, we supply a range of optical components for airborne applications. Discerning engineers and manufacturers rely on Knight Optical not only for the premium quality of our output and in-house state-of-the-art Metrology Laboratory and QA Department‘s capabilities but also because – as well as a range of Stock Optics (available for next-day dispatch) – we also offer a range of sought-after Custom-Made Optical Components.