Home | News | What Technologies are Helping with Waste Management & Recycling Throughout the World?

What Technologies are Helping with Waste Management & Recycling Throughout the World?

Excessive waste is a universal issue that we’re all fighting to change. Economic growth and industrialisation have led to more waste being generated and carelessly disposed of over the years. So, with today’s heightened sense of awareness concerning waste disposal and more people pursuing ways to reduce rubbish, how are we tackling the challenge of waste management? In this blog, Knight Optical, the global supplier of on-spec, custom-made optical components, looks at several geographical statistics from some of the greatest culprits of waste production and explores the technologies they’re turning to, so, together, we can reduce our impact and create a more circular economy. 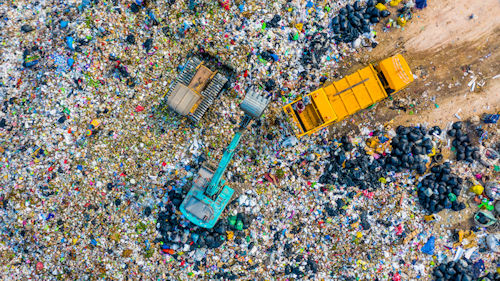 Effective waste management is imperative for several reasons. Not only does it keep rubbish off the streets in our villages, towns, and cities – preventing disease-spreading vermin from running riot and, therefore, prohibiting viruses to infect humankind – but when disposed of in a responsible manner, appropriate waste management will reduce negative impacts on the environment, saving wildlife, marine life, seas, rivers, and somewhat bluntly, humanity. To put the issue into perspective, let’s look at some data from around the world and see what technologies various countries employ to assist with waste control.

The UK’s Department for Environment, Food & Rural Affairs recently revealed the nation’s figures on waste. In 2018, the UK generated 222.2 million tonnes of total rubbish, with England being responsible for 84% of that total1. The primary method of disposal in the UK is landfill. With regards to reprocessing, roughly two-thirds of plastic is sent overseas to be recyled2. That said, the UK does regard itself a ‘leader’ in battling plastic usage, with initiatives such as the 5p fee on single-use carrier bags and discussions in summer this year regarding the ban of a range of polluting plastics, such as cutlery, plates and cups3.

Repurposing Technologies for a Circular Economy

Aside from Governmental levies, there is much more to be done to eliminate the copious amounts of plastic that litters our environment, and there are numerous companies across the UK that are examining advanced means of applying new technologies to real-world industrial processes to help to reclaim wheresoever possible. One of these enterprises is Recycling Technologies, which focuses on a technique that can continuously recycle plastics. This Swindon-based manufacturer has crafted a system that complements existing mechanical recycling systems. The device itself works by taking hard-to-recycle plastics and transforming them into Plaxx®, a substitute for crude oil that can be used for applications like feedstock and a wax equivalent substance for candle production5. 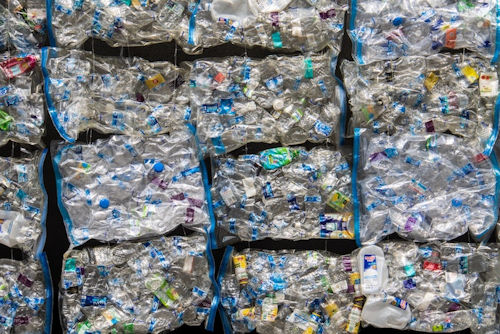 Over in London lies another game-changer in the world of plastic recycling – and this one’s been supported by none other than Sir David Attenborough himself. Mura Technology is another brand that’s repurposing plastics into oil-based substances and chemicals. Again, the philosophy here is to strive for a circular economy, as Steve Mahon, CEO of Mura Technology, told Forbes.com in an article earlier this year about the firm’s technology, “there no limit to the number of times plastic can be recycled using the process6”.

The United States of America

Our following waste example comes from America. The United States Environmental Protection Agency (US EPA) reported that the total generation of municipal solid waste (MSW) in 2018 was 292.4 million tons (of which approximately 69 million tons were recycled, and 25 million tons were composted)4. According to a recent report by Sky News, the average American produces nearly a ton of rubbish every year, which is three times as much as the typical Britton7. In the same article, US Correspondent, Mark Stone, speaks of a Texas landfill site that captures the methane from rubbish with well-like devices; this is referred to as the ‘milkshake technique’. These wells extract methane from a grass-covered landfill site, which is then cleaned, purified, and sold on to power cars and heat homes7.

Many have stated that America is lagging in the world of repurposing and, according to media group Green Biz: “The US ranks second in the world in total plastic waste generated per year, behind China”. Bearing this in mind and considering what’s possible to be reused and what is reprocessed (when the correct waste management measures are taken), that’s a lot of plastic. 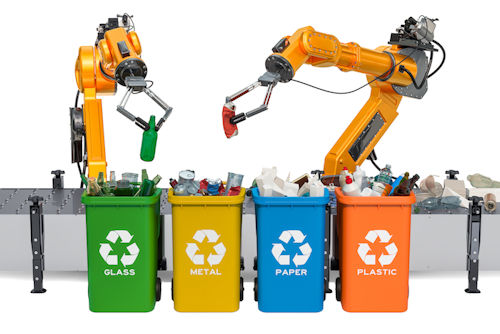 So, why is there a deficiency in salvaging plastic waste over the pond? Amongst the reasons is how demanding the process is and its associated inefficiencies, as Matanya Horowitz, Founder and CEO of AMP Robotics, explained to CNBC in May this year8. After recognising the common issues associated with the procedure, Matanya launched AMP Robotics, which uses computer vision to improve the sorting of rubbish for reutilisation. The brand works with single-stream recycling, electronic scrap and elements from construction and demolition.

It’s been declared time and time again that Canada needs to do more about its scarcity of recycling. What’s more, it’s also been reported numerous times that it produces a lot of waste. In fact, in 2018, Canadians generated 35.5 million tonnes of MSW9. To help the country step up to an eco-friendlier future, in April this year, the Canadian Government invested “approximately $1.3M to support five projects that aim to reduce plastic waste, prevent plastic pollution and support the transition to a national circular plastics economy10”.

Using Food Waste as a By-product

With regards to the produce that is discarded in Canada, figures aren’t much better. According to a report by Second Harvest: “58% of all food produced in Canada is either lost or wasted11”. This shortfall, however, isn’t going unnoticed, with many innovators formulating technologies to minimise this waste. For example, by using a system to process unwanted fruit and vegetable leftovers, Outcast Foods produces nutrient-dense powders with a long shelf life. The operation begins by using machine learning that, as Dr. Darren Burke, CEO of Outcast Foods, explains: “Takes all the information about the product – its size, shape, how old it is and the distance of the farm – and figures out if it makes sense to bring it to our facilities11.” 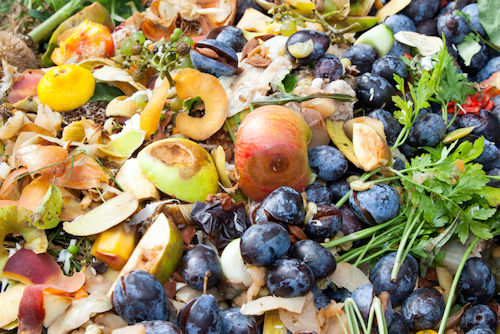 Another company that’s seeking to combat produce waste in Canada is Loop Mission. This company uses fruit and veg that would otherwise be thrown out to create mouth-watering smoothies and, more recently, gin – using discarded potato scraps from a well-known Quebec-based ‘potato chip’ brand11. One challenge Loop Mission has managed to tackle with the production of its smoothies is extending its shelf life. By using high-pressure processing (HPP) during its manufacturing, these smoothies’ sell by dates can be extended to an incredible 66 days.

HPP is used in many foods’ production processes to extend the life of produce while other companies are exploring alternative methods of extending the life of manufactured edible goods. One such company is Israel-based AseptoRay, which has developed a cold pasteurisation technology that uses ultraviolet (UV) light. As AseptoRay explains on its website: “The AsetpoRay platform uses UV lamps that generate monochromatic UV at 254nm, a wavelength known to affect DNA sequences and to inactivate bacteria by preventing their replication. The 254nm wavelength, combined with the exact UV dose, yields effective microbial elimination12.”

The Future of Waste

Following the late pledges and assurances made in this year’s COP26, brand-new technologies that aim to reduce our waste output are imminently set to arise from visionaries from all corners of the world. Overhead is merely a minute handful of the creations currently in place that are helping us to meet global targets and create a greener, cleaner planet. Here at Knight Optical, we frequently work partner with pioneers that are working towards shifting our waste processing, and we look forward to seeing what the next year of inventions brings.