As a leading supplier of ultra-high-precision optical components for integration with high-specification military and defence systems, Knight Optical is uncovering innovations within the industry in its latest three-part blog series on optical components for military and defence applications. In this sequel, the UK- and USA-based optics supplier investigates the gadgets and technology used by the fast-moving vehicle, air and spacecraft divisions of armies, navies, and air forces worldwide. 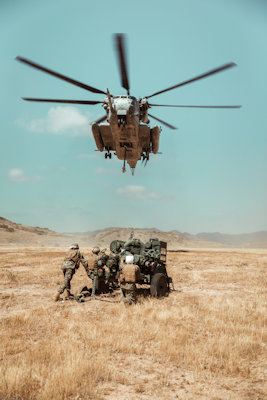 In part one of our series (which can be read in full here), we mention the utmost importance of specifying fit-for-purpose components, such as optics, that have been tested and manufactured to the highest quality and from application-specific substrates. In the world of enduring vehicles and soaring aircraft, the need is even greater. Activities such as effortlessly and agilely gliding amongst the clouds and climbing rocky and dusty terrain are but a couple of difficulties that could obstruct the performance of any armed force’s fleet. However, when equipped with state-of-the-art components, these vehicles and aircraft can take on the most demanding tasks.

Fortunately, at Knight Optical, we provide optical components that stand up against the toughest conditions. With an abundance of optics types, such as Lenses, Windows, Filters, Beamsplitters, IR Optics and much more, we regularly work with military professionals on custom orders and supply optics from stock (for next-day dispatch). Custom possibilities, such as optical coatings and special substrates, enable optimal transmission without being hindered by common obstacles, such as fog, oil, and difficult-to-navigate night-time conditions.

Here, we explore the latest technologies – many of which employ high-precision optical components – used by the military. Let’s begin from top to bottom.

Space activity is usually intertwined with military objectives, and with such high-tech equipment and intelligence shared between the two; it’s easy to see why. With space-based systems conveying vital intelligence to various parties in the air, on land and at sea, numerous optical components are employed throughout all transmitting and receiving vehicles to ensure accurate data is delivered to recipients. This data includes weather updates and tracking, reconnaissance, communication, and navigation so that appropriate units can keep abreast of events and respond accordingly. Recent examples of space technology utilised for army intelligence include satellite footage of military activity in the current war between Ukraine and Russia from Maxar Technologies.

Space and military alliances don’t stop there, however. In fact, NASA has helped the maturity of military aircraft over its 50-year history, supporting research-based developments such as intelligent flight control systems (IFCS), glass cockpit design and lightning protection standards, to name a few contributions1. 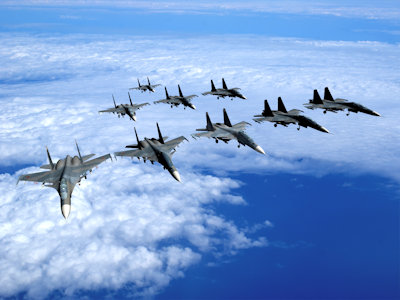 There are many critical systems on board combat aircraft, and some have all-important life-saving benefits, especially when it comes to warplanes such as fighter jets. Over on Northrop Grumman’s website, Science Writer and Editor Tracy Staedter talks to Tim Grebs, Program Manager at the aerospace and defence company, about some of the equipment he relied upon during his 15 years of service for the US Air Force. Here, Tim explains how aircrafts’ electro-optical (EO) and infrared (IR) sensor systems – which capture videos in visible and IR light and generate the footage on cockpit displays – ultimately increase situational awareness and, therefore, allow “pilots to find, fix and ultimately destroy enemy targets”. Learn more here.

Alongside on-board, high-precision optical components, scientists and researchers also employ optics in behind-the-scenes research programmes to undertake tests and studies that enhance aircraft performance. For example, MetroLaser Inc, a company that uses optical and laser solutions to solve real-world issues, has recently been working on a scheme that could lead to a noise reduction in aricraft2. The research contract, which was awarded to the company by the US Navy, seeks to measure the gas velocity of an engine’s exhaust and find a way to reduce sound. 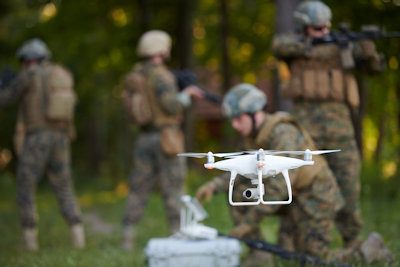 Combat drones – or as they’re otherwise known, unmanned combat aerial vehicles (UCAVs) or battlefield UAVs – are reported to date back to the First World War3. While they weren’t technically operational nor established by this point, they were gradually tested for undertaking tasks such as being used as targets in the ’30s and later in the ’50s being used as decoys in the Vietnam war3.

However, some decades later, the technology behind these pilotless carriers has evolved leaps and bounds. According to the BBC, we’re now in a new age of combat drones thanks to advancements in technology and artificial intelligence (AI)4. Equipped with numerous cameras, sensors and laser-guided missiles, bombs and much more, the next generation of drones is utilised for attacks, such as the well-known General Atomics’ remotely piloted aircraft (RPA), the Predator, and surveillance, such as Aero Sentinel ISTR-specific drones.

Not only are today’s drones used in action, but their potential has also been explored to deliver much-needed equipment and supplies. For example, last year, the Royal Navy tested drones’ abilities to provide blood to injured troops5. For the first time, the Navy used drones in a swarm formation to deliver ammunition to troops and blood to combat medics. As Drone DJ explains, many benefits are associated with drones for such purposes. Not only can they provide equipment rapidly, but if shot down, they can quickly be replaced. 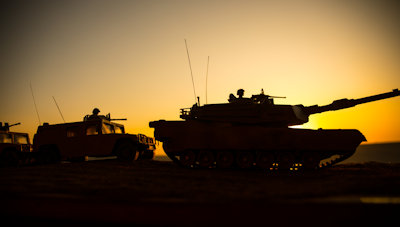 Uncrewed systems aren’t just in flight. On the ground, innovations are being explored to replace older military vehicle stock with next-generation systems that include safety benefits for troops. Take the US Army’s Optionally Manned Combat Vehicle (OMFV). Intended to replace the Bradley Infantry Fighting Vehicle, OMFV concepts and designs are being explored. Last year, the US Army selected five companies to compete for the OMFV concept: these included Point Blank Enterprises, Oshkosh Defense, BAE Systems, General Dynamics Land Systems and American Rheinmetall Vehicles6. This year, the US Army is getting ready for a final request for prototypes for the OMFV7.

With modernisation and high-specification prototyping on the horizon to establish the next generation of the army’s, air force’s and navy’s vehicles, Knight Optical is poised to assist with technically complex specifications and supply high-precision optical components for cutting-edge systems. With a fully equipped Metrology Laboratory and a dedicated QA department that works to MIL-SPEC standards, our services and optics have been relied on by military engineers and specifiers for over 30 years. 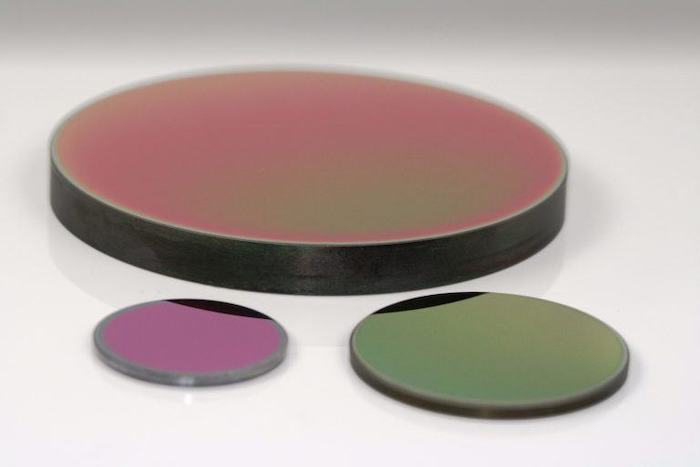